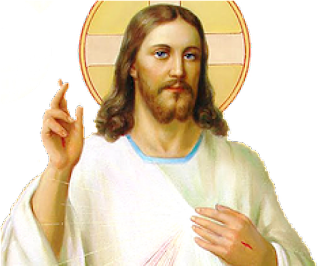 I am God, or something close to that. When I'm in a café, none of the other customers has any idea who I am. Alone I drink my beer and smoke. Maybe I appear to others like ordered but not picked up. Like one who's been dumped and sorted out. Like someone coerced into being the asshole next door. May be as someone who doesn't seem important. Nevertheless, I am God – creator of all life. I bring together what would otherwise not fit together in order to create something new on the side.

In a café across the street, I see a couple sitting at one of the small tables at the window. Both are talking and smiling at each other. They try to discover each other, seem to be excited. I give them names like Sweetheart or Sunnyboy; all names I make up. I keep inventing new life and everyone in the café thinks it’s their own independent life. It's like typing something on a computer and then hitting enter – I've just created new life. The whole world eats what I write in order to reply to me at some point, after digesting it. The world then chooses one person for me. My words are to them like bait on a hook. They are like small fish in the great ocean, whose paths are determined solely by chance. I lure them in with my words by telling them about someone I might be. One of them will then tell me about him or herself. That way I can tell if it's just his words or if this person really talking about himself.

The exchange goes back and forth until images emerge in people's minds that grow over time. With each exchange I might also change my gender: sometimes I'm a woman, sometimes a man. I often make insinuations without committing myself. Sometimes I agree with the idea, sometimes I disagree. Every now and then I say the opposite of what the other person wants me to say – sometimes both: yin and yang. I also like to switch sides, because I know both. But whenever I make a new date, I choose this small café as my meeting place. I won't let that be taken from me.

It's always a new day for every new couple taking place in this little café. Because everyone should meet at exactly this meeting point in order to find a crossing. This café is their first common ground. In there I join previously separated things together. Here people get to know each other who have never exchanged a word with each other before. In fact, they are curious and surprised. But they only know as much as I tell them because I made it all up. It’s exactly at this point in time when what I imagined becomes reality. I drink my beer, smoke another cigarette and watch them doing their thing. Mostly they are full of hope, seldom argue or fight. I can see in their eyes that they forgot the world around them. The couples are beautiful. They sit together and talk to each other – they are my work.

Every night I bring new couples together here. But since I'm a very secretive being, I don't even want to know what's going on. I speak as a woman to men and as a man to women. I make appointments, for which I set the date and an identifier when we meet. I also let those present know what I expect from them and that I look forward to meeting you. They then sit in front of each other at a table and think that it was their decision and their self-determined actions to meet each other. This all makes me happy. All of this is happening just because of me, without them being aware of it.

When they get up, they often leave the café together – only on rare occasions alone. I set them free. Since I can't predict whether they will decide for or against each other, I am regularly surprised by the outcome. At the end of the evening I cover my electronic traces and disappear – make myself invisible again. In fact, no one is God. It's just an idea – a background noise, like the air, the light and the gravity. Like a fundamental law of physics, without which all parts would fall apart and make no sense.

Maybe God is a guy like me who drinks his beer and just watches other people go about their lives.

Seth MacFarlane's show The Orville was probably supposed to be a mix of jokes similar to Family Guy or American Dad! with Star Trek, mainly The Next Generation. No surprise, MacFarlane being a known Star Trek fan.


Seth MacFarlane as Ensign Rivers in Star Trek Enterprise on the right.

That seemed to have worked quite well. Although professional critics gave season 1 only a 19% approval, in the audience 4 of 5 loved it. There were lot of guest appearances of Star Trek actors, and some of them, like Jonathan Frakes even directed some episodes. But the production company seems to not have been too happy - only looking st the "professionals".

Somewhere mid-season 2 The Orville became darker, some say "matured". The professional ratings went up to 100%, but fun and Star Trek connections slowly faded away. In my opinion that was with the double episodes Identity I and II and the Kaylon war. Thus it was decided that there will be a third season. But it's also the point where I was disappointed more and more with each new episode not going back to the roots - you know, Star Trek references and some crude jokes.

Season 3: even further away from Star Trek and humor

After watching this and becoming even more disappointed the show moved further away from its root - and the ratings indicating other love it - I wonder if I am the only one loosing faith in The Orville. Yes, the show might have become more mature and professional. But don't we have enough dark science-fiction series and movies? Where has the fun gone?

Does Seth MacFarlane hate his newest baby, The Orville?

Does he want to end the show to get free to care more about Family Guy and American Dad! but by moving away from Star Trek and jokes he instead plays into the hands of the production company? Because there was a cutaway scene in a Family Guy episode where Peter Griffin (usually voiced by Seth MacFarlane - but may be not here) shoots the TV is the announcer says The Orville comes now.


Back in 2019 I had a different opinion about the show. Today I wished it would come back to where it was in season 1.